Beginning with Columbus (a former slave trader and would-be Holy Crusader) the conquest of the New World began, as usual understood as a means to propagate Christianity.
Within hours of landfall on the first inhabited island he encountered in the Caribbean, Columbus seized and carried off six native people who, he said, "ought to be good servants ... [and] would easily be made Christians, because it seemed to me that they belonged to no religion." [SH200]
While Columbus described the Indians as "idolators" and "slaves, as many as [the Crown] shall order," his pal Michele de Cuneo, Italian nobleman, referred to the natives as "beasts" because "they eat when they are hungry," and made love "openly whenever they feel like it." [SH204-205]
On every island he set foot on, Columbus planted a cross, "making the declarations that are required" - the requerimiento - to claim the ownership for his Catholic patrons in Spain. And "nobody objected." If the Indians refused or delayed their acceptance (or understanding), the requerimiento continued:
I certify to you that, with the help of God, we shall powerfully enter in your country and shall make war against you ... and shall subject you to the yoke and obedience of the Church ... and shall do you all mischief that we can, as to vassals who do not obey and refuse to receive their lord and resist and contradict him." [SH66]

Likewise in the words of John Winthrop, first governor of Massachusetts Bay Colony: "justifieinge the undertakeres of the intended Plantation in New England ... to carry the Gospell into those parts of the world, ... and to raise a Bulworke against the kingdome of the Ante-Christ." [SH235]
In average two thirds of the native population were killed by colonist-imported smallpox before violence began. This was a great sign of "the marvelous goodness and providence of God" to the Christians of course, e.g. the Governor of the Massachusetts Bay Colony wrote in 1634, as "for the natives, they are near all dead of the smallpox, so as the Lord hath cleared our title to what we possess." [SH109,238]
On Hispaniola alone, on Columbus visits, the native population (Arawak), a rather harmless and happy people living on an island of abundant natural resources, a literal paradise, soon mourned 50,000 dead. [SH204]
The surviving Indians fell victim to rape, murder, enslavement and spanish raids.
As one of the culprits wrote: "So many Indians died that they could not be counted, all through the land the Indians lay dead everywhere. The stench was very great and pestiferous." [SH69]
The indian chief Hatuey fled with his people but was captured and burned alive. As "they were tying him to the stake a Franciscan friar urged him to take to his heart so that his soul might go to heaven, rather than descend into hell. Hatuey replied that if heaven was where the Christians went, he would rather go to hell." [SH70]
What happened to his people was described by an eyewitness:
"The Spaniards found pleasure in inventing all kinds of odd cruelties ... They built a long gibbet, long enough for the toes to touch the ground to prevent strangling, and hanged thirteen [natives] at a time in honor of Christ Our Saviour and the twelve Apostles... then, straw was wrapped around their torn bodies and they were burned alive." [SH72]
Or, on another occasion:
"The Spaniards cut off the arm of one, the leg or hip of another, and from some their heads at one stroke, like butchers cutting up beef and mutton for market. Six hundred, including the cacique, were thus slain like brute beasts...Vasco [de Balboa] ordered forty of them to be torn to pieces by dogs." [SH83]
The "island's population of about eight million people at the time of Columbus's arrival in 1492 already had declined by a third to a half before the year 1496 was out." Eventually all the island's natives were exterminated, so the Spaniards were "forced" to import slaves from other caribbean islands, who soon suffered the same fate. Thus "the Caribbean's millions of native people [were] thereby effectively liquidated in barely a quarter of a century". [SH72-73] "In less than the normal lifetime of a single human being, an entire culture of millions of people, thousands of years resident in their homeland, had been exterminated." [SH75]
"And then the Spanish turned their attention to the mainland of Mexico and Central America. The slaughter had barely begun. The exquisite city of Tenochtitln [Mexico city] was next." [SH75]
Cortez, Pizarro, De Soto and hundreds of other spanish conquistadors likewise sacked southern and mesoamerican civilizations in the name of Christ (De Soto also sacked Florida).
"When the 16th century ended, some 200,000 Spaniards had moved to the Americas. By that time probably more than 60,000,000 natives were dead." [SH95]
Of course no different were the founders of what today is the US of Amerikkka.

Although none of the settlers would have survived winter without native help, they soon set out to expel and exterminate the Indians. Warfare among (north American) Indians was rather harmless, in comparison to European standards, and was meant to avenge insults rather than conquer land. In the words of some of the pilgrim fathers: "Their Warres are farre less bloudy...", so that there usually was "no great slawter of nether side". Indeed, "they might fight seven yeares and not kill seven men." What is more, the Indians usually spared women and children. [SH111]
In the spring of 1612 some English colonists found life among the (generally friendly and generous) natives attractive enough to leave Jamestown - "being idell ... did runne away unto the Indyans," - to live among them (that probably solved a sex problem).
"Governor Thomas Dale had them hunted down and executed: 'Some he apointed (sic) to be hanged Some burned Some to be broken upon wheles, others to be staked and some shott to deathe'." [SH105] Of course these elegant measures were restricted for fellow englishmen: "This was the treatment for those who wished to act like Indians. For those who had no choice in the matter, because they were the native people of Virginia" methods were different: "when an Indian was accused by an Englishman of stealing a cup and failing to return it, the English response was to attack the natives in force, burning the entire community" down. [SH105]
On the territory that is now Massachusetts the founding fathers of the colonies were committing genocide, in what has become known as the "Peqout War". The killers were New England Puritan Christians, refugees from persecution in their own home country England.
When however, a dead colonist was found, apparently killed by Narragansett Indians, the Puritan colonists wanted revenge. Despite the Indian chief's pledge they attacked.
Somehow they seem to have lost the idea of what they were after, because when they were greeted by Pequot Indians (long-time foes of the Narragansetts) the troops nevertheless made war on the Pequots and burned their villages.
The puritan commander-in-charge John Mason after one massacre wrote: "And indeed such a dreadful Terror did the Almighty let fall upon their Spirits, that they would fly from us and run into the very Flames, where many of them perished ... God was above them, who laughed his Enemies and the Enemies of his People to Scorn, making them as a fiery Oven ... Thus did the Lord judge among the Heathen, filling the Place with dead Bodies": men, women, children. [SH113-114]
So "the Lord was pleased to smite our Enemies in the hinder Parts, and to give us their land for an inheritance". [SH111].
Because of his readers' assumed knowledge of Deuteronomy, there was no need for Mason to quote the words that immediately follow:
"Thou shalt save alive nothing that breatheth. But thou shalt utterly destroy them..." (Deut 20)
Mason's comrade Underhill recalled how "great and doleful was the bloody sight to the view of the young soldiers" yet reassured his readers that "sometimes the Scripture declareth women and children must perish with their parents". [SH114]
Other Indians were killed in successful plots of poisoning. The colonists even had dogs especially trained to kill Indians and to devour children from their mothers breasts, in the colonists' own words: "blood Hounds to draw after them, and Mastives to seaze them." (This was inspired by spanish methods of the time)
In this way they continued until the extermination of the Pequots was near. [SH107-119]
The surviving handful of Indians "were parceled out to live in servitude. John Endicott and his pastor wrote to the governor asking for 'a share' of the captives, specifically 'a young woman or girle and a boy if you thinke good'." [SH115]
Other tribes were to follow the same path.
Comment the Christian exterminators: "God's Will, which will at last give us cause to say: How Great is His Goodness! and How Great is his Beauty!"
"Thus doth the Lord make them to bow before him, and to lick the Dust!" [TA]
Like today, lying was OK to Christians then. "Peace treaties were signed with every intention to violate them: when the Indians 'grow secure uppon (sic) the treatie', advised the Council of State in Virginia, 'we shall have the better Advantage both to surprise them, & cutt downe theire Corne'." [SH106]
In 1624 sixty heavily armed Englishmen cut down 800 defenseless Indian men, women and children. [SH107]
In a single massacre in "King Philip's War" of 1675 and 1676 some "600 Indians were destroyed. A delighted Cotton Mather, revered pastor of the Second Church in Boston, later referred to the slaughter as a 'barbeque'." [SH115]
To summarize: Before the arrival of the English, the western Abenaki people in New Hampshire and Vermont had numbered 12,000. Less than half a century later about 250 remained alive - a destruction rate of 98%. The Pocumtuck people had numbered more than 18,000, fifty years later they were down to 920 - 95% destroyed. The Quiripi-Unquachog people had numbered about 30,000, fifty years later they were down to 1500 - 95% destroyed. The Massachusetts people had numbered at least 44,000, fifty years later barely 6000 were alive - 81% destroyed. [SH118] These are only a few examples of the multitude of tribes living before Christian colonists set their foot on the New World. All this was before the smallpox epidemics of 1677 and 1678 had occurred. And the carnage was not over then.
All the above was only the beginning of the European colonization, it was before the frontier age actually had begun.
A total of maybe more than 150 million Indians (of both Americas) were destroyed in the period of 1500 to 1900, as an average two thirds by smallpox and other epidemics, that leaves some 50 million killed directly by violence, bad treatment and slavery.
In many countries, such as Brazil, and Guatemala, this continues even today.

to the point, please! 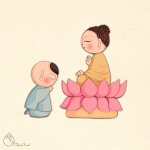 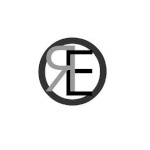